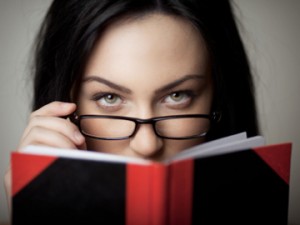 Man oh man, it’s December already — 2012 is coming to an end and 2013 is just around the corner! So I thought that this was probably a good time to provide you with a list of what I consider the best pick up and dating guides that have come out this year!

All in all, it’s been a pretty good year for dating guides as we’ve seen the release of a number of good programs this year that have brought new insights to guys looking to improve their skills with women. Of course there have also been some real duds, tons of duds from fakers and creeps… But we won’t be honoring those lame programs by mentioning them here…

So without further ado here’s a look at my top 3 best programs of 2012:

#3 –  Make Women Want You – Jason C. isn’t the most famous dating coach in the world, but his program is definitely deserving of a spot here in the top 3. I liked a lot of things about this program, but I think that the #1 thing that stood out was the fact that Jason has an infectious enthusiasm for succeeding with women. He is a younger guy, who is excited about picking up and dating hot women, and teaching his students to do the same, and that positive energy really comes accross in his program. A lot of the older dudes just seem like they are going through the motions with this stuff, while Jason is truly all about making (hot) women want you.

#2 – Magnetic Messaging – As I’ve mentioned, Bobby Rio is one of my all time favorite authors of dating advice for men his stuff is really good, consistently. In this program, he and Rob spared no detail explaining all the ins and outs of texting, and made it into a system that any guy can use. This is an area that hasn’t been talked about enough in the PUA community, or that is to say that there has been a severe shortage or QUALITY info on proper texting. As with Jason, Bobby and Rob are two guys who live and breath this stuff and teach from a place of being amazing with women. I’ve tested out a lot of the stuff in this program and been VERY impressed with the results I’ve gotten.

#1 – Girlfriend Activation System – Want a girlfriend? If so, this is your complete guide from a guy who dates nothing but dimes! This one clinched first place easily… Great feedback from guys who’ve used the program and I personally consider this the best girlfriend getting guide taht has EVER come out in any year… nothing comes close in the “get a girlfriend” genre. My favorite thing about Christian is that he doesn’t care about appealing to the masses, or following the basic PUA fundamentals. Instead he comes out with his own unique programs that are based on what has worked for him and for his company’s clients. Definitely, genuine teachings for guys who are ready to excel.

… So that’s a wrap for 2012! Agree, disagree? Leave a comment below and tell us what you think was the best program to come out in 2012. We’d love to hear your opinions!