Vin Dicarlo’s Pandoras Box System is one of the most popular PUA programs of all time. So, for today’s post I wanted to get to the bottom of this very controversial program and talk about why Pandoras Box stands out from the crowd. Guys also want to know “Does Pandora’s Box work?” So I’ll do my best to answer that sharing some of my personal experiences using Vin’s teachings, and then also talk about the pros and con’s of the system.

What Make’s Pandoras Box So Special?

The fact is that new PUA books come out every daym most of them go unnoticed or receive little fanfare… The might have a few fans, but that’s about it. Pandora’s Box on the other hand has become one of those larger than life programs that guys all over the internet are swearing by… Really I don’t think that I’ve seen another PUA product make this big a splash, ever… So what is this all about?

Well, I think there are a couple factors at play here. First, is the fact that the program promises to give men a peek inside a woman’s mind so that you know how she thinks and exactly what she wants from you based on her “personality type” (I’ll discuss Vin’s theory of the 8 female personality types more below.)

Obviously every guy wants to know what he needs to do to get inside a girl he likes’ mind and get her to want him, that is pretty much a given. The thing that’s so appealing about Pandora’s Box is that Vin has a regimented system based on science and testing that is proven to give guys fool proof directions as far as what they need to do to seduce a particular girl once they have determined her “type” this basically goes against all of the other PUA advice out their, because until Vin came out with Pandoras Box it was like nobody had ever takenb into account the fact that you need a different approach depending on a girls personality…

The second thing that I think really gets guys amped about Pandora’s box is the video that they put on the site to explain about the program. It is a really shocking video Click Here to Watch The Video… 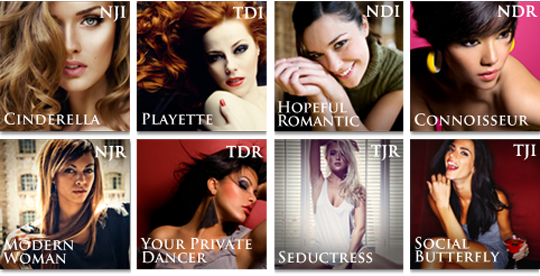 When I first heard first heard of Pandora’s Box I already had heard of Vin DiCarlo and I always considered him one of the best.

To be honest there is a ton of material in the program, from case studies to interviews, to PDFs and audios, videos etc… Plus a profiler quizs to help you to figure out what “type” of girl she is. So at first it can be tricky to try to keep everything in mind and to apply it all.

However, once you get the concept down and can finds out a girls type it is easy to use. For me it comes in very handy when you meet somebody and you are chatting with her for a bit trying to build up attraction with her. So if approaching girls is your problem, you will need to get over that, but if you can approach and start talking to a girl then Vin Dicarlos Pandoras Box is awesome because you won’t have to worry about what to say at all!

Instead, you just use the profiler to find out her type and then say what she wants to hear, bam!

Pro #1 – It picks up where other PUA programs leave off… By now you have probably already been through some of the other popular PUA training courses, and there are some other good ones out there no doubt. However, “PB” is on the next level in that it goes deeper into understanding different types of women and what they really want.

Pro #2 – It’s scientific… “Theory” is crap. The cool thing about Vin’s Pandoras Box system is that it ios the result of years of clinical testing to understand these eight types of women and exactly what works to attract each one of them.

Pro #3 – It’s suprisingly not manipulative… When I first heard about this I thought it was about messing with girls minds by acting fake… After all it’s about getting inside her mind. However the fact is that this program really just helps you to understand women better and what makes them tick. Then you can just use this understanding to appeal to her, and make her happy. nothing wrong with that in my book…

Con #1 – You may shit when you see the volume of materials… As I mentioned, this is a very comprehensive program and there is a lot of material to go through to fully undertand everything. It’s also not all that “intuitive” so you actually need to use some brain power to understand the intracisies of it.

Con #2 – No overnight results… Results will vary I’m sure, but don’t assume that you will be able to take what you learn in one day and then be able to automatically get any girl you want. If you believe that you are extremely naive. No PUA program can do that for you… That said, you could possibly use this on a girl you want as soon as you learn this stuff assuming that you apply it correctly.

If you are at the point in your journey to success with women where you really want to go deep into understanding the female mind and how to appeal to it, then PB is probably the best system for you. if you actually go through all the material you will have a profoundly deeper understanding of women and a system for attracting them. Here’s a link to get the program without watching the video.