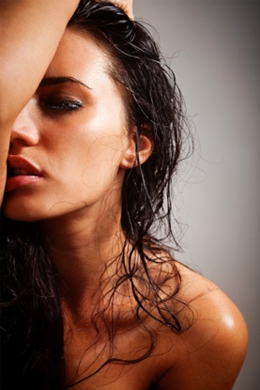 Make her feel the HEAT!

Does it ever seem like women have “all the power” in the dating world? Like you need to do all this stuff to win her over like spending a bunch of money, being witty and funny, texting her right, making your “move” smoothly, and so on and so on and so on…

And then, a lot of the time all that stuff you do to win her over, doesn’t even work!

Obviously this is a big claim, so I wanted to give you my full-on unbiased review, and tell you about my own experiences putting The Desire System in action…

The Basic Idea Behind The Desire System…

The Desire System was developed by a guy named Dr. David who hails out of Singapore. Because he is from an Asian country a lot of Americans might not have heard about him, but he is very well known over there.

I had heard about David a while back, but since he didn’t have any books or guides, I never mentioned him on this site… I was always impressed by the guy though, because as you can see when you watch him on video, he is a really intelligent, well spoken dude, and he has the vibe of a man who just kills it when it comes to macking on women.

So – The Desire System is a program that shows a live seminar given by David to a small group of his students in Singapore. While there are a lot of specific techniques that you’ll learn in the course, the basic idea is that 99% of the stuff guys do to “win over women” and get them to like you is totally unnecessary and a waste of time and money.

Instead, all you need to do is use Dr. David’s tricks to turn her on so you can get frisky with her, right away. One of the things that stands out about this system is that Dr. David is actually a REAL doctor and his system is based on cold, hard neuroscience as opposed to simply what some “PUA” d-bag says will work :)

Pro #1 – Saves you from wasting time “winning her over”
One of my biggest personal ‘a-ha’ moments came when I realized that getting a girl to “like” me didn’t really help me getting women to want to sleep with me, at all. I think that most guys approach this stuff wrong, and even when they get into the PUA stuff they are still trying to make women like them via whatever tactic they are employing. The cool thing about The Desire System is that it provides an actual SYSTEM, to make women want you sexually, right away, so you can skip that other BS stuff.

Pro #2 – Takes the work out of knowing when to make your move
A lot of guys stress out over when they should put the moves on a girl. They don’t want to jump the gun and scare her off, and at the same time they don’t want to wait to long and end up in her “just friends” zone. With this system, the whole idea is to get her so turned on so fast that she starts putting the moves on you in just a few minutes after you meet her (or if she is a shy girl, she will at least make it obvious that she wants you and is d.t.f.)

Pro #3 – You don’t need to do anything weird…
A lot of the programs I’ve mentioned on this site are good systems, but, they require you to do and say things to women that you may not be comfortable with. They will often work if done correctly, but for a lot of guys, doing them right and getting up the nerve to actually use them is just too hard. With the Desire System, there is nothing “weird” to do. And your conversations will actually appear completely innocent. That’s why this is so sneaky, is a sense, because a woman won’t even know you are trying to pick her up, or get her to like you. Instead, she just feels herself getting hornier and hornier to the point where she just wants you to take her!

Con #1 – Possibly not good for some guys to have this info…
Look, I run a website about how to pick up, date, and hook up with women. But at the same time as I am helping guys find information on this stuff, I really want to protect good women from sleazy jerks who want to use and manipulate them. And I bet that this info is probably going to fall into the wrong hands at some point… Which sucks because it is just too powerful for a bad guy to have, because he could use it to sleep with a sweet girl who deserves better. But, I guess there is nothing I can do about that, except to say that with this kind of power you should really be treating women right!

My Opinion on The Desire System:

Straight up, this is the future.

I’ve been using Dr David’s System on my girl, and she wants me to stay in bed with her all day, I can’t even say the things that she wants to do to me DAILY, but suffice to say that this has really helped our relationship out, a lot…

I use the Desire System on girls around my town too,  just to watch there reactions LOL (I admit it, I like to pump up my ego by turning girls on, and then walking away :) )

2013 best program, by a freakin’ hundred miles. Really there is nothing else like this out there, that I have ever seen… Click here to get your copy of the Desire System Now!