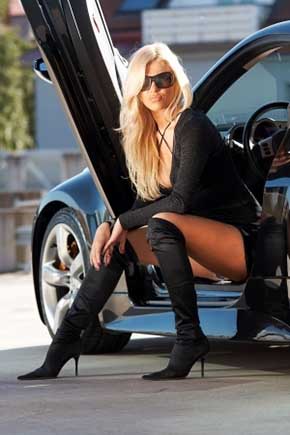 Okay, today I’ve got a review for you about a product that’s actually been out for a few years now. However, this program is pretty cool and I think that although it’s not brand spanking new it still deserves to be discussed.

I’m talking of course about Dean Cortez’s legendary MACK Tactics program which first came out in 2004 and was even released as an actual book called “The Science of Seduction Meets the Art of Hostage Negotiation” that was originally available at the bookstore. (NOTE: I’m going on vacation in a couple hours so minute try to make this as concise as possible and just give you the basic info you need to do so without any further ado let’s jump into this MACK Tactics review.)

UPDATE: Since I wrote this review it seems like Dean has updated the names of his training programs. The closest thing I can find to his Mack Tactics program is now called “The Bad Boy Blueprint” – You can get more information and Instant Access here…

One of the coolest things about Dean Cortez’s MACK Tactics program is the fact that Dean actually learned this stuff from a real-life hostage negotiator. The story behind MACK Tactics is really pretty cool. Dean moved out to Las Vegas several years ago after going through bad breakup. As with many guys who been in a relationship for a while Dean’s game was pretty damn rusty.

He was out of practice and whenever he tried to pick up on girls he was getting shot down. Then he happened upon a dude who (I believe was named Christopher Curtis?) Who was a total and complete mack with the ladies.

Dean watched this dude in action for a while and was blown away by his skills with women, they made friends and this guy taught Dean all of the best tactics for picking up and closing the deal with hot women. And yeah… The dude is a legit US government hostage negotiator, so he knows a thing or two about how to talk to others persuasively.

As you go through this program you will notice that most of the concepts and strategies that are taught in this program are totally unique. In other words this is not the same old PUA stuff that you will find in 100 other pickup artist books because Dean did not learn this stuff going to PUA boot camps or messing around on forums chatting with a bunch of wannabes…

Below I have provided a summary of what you learn in the Mack Tactics program, as well as a few pros and cons and my final verdict…

As I mentioned, the Mack Tactics program has been around for a while, but what is really cool about it is that Dean just keeps adding fresh content and bonuses to the point where you get an INSANE amount of material in this program!

I just checked out the Mack Tactics website, and currently, in addition to the core M.A.C.K. Tactics: Ultimate Edition – The Method. Action. Confidence. Knowledge To Creating Attraction With Women” PDFs you also get:

-The Mack Tactics Video Training: Training Day This was was filmed at a sold-out M.A.C.K. Tactics seminar in Las Vegas. Really good stuff which explains Dean’s system and provides actual demonstrations on how to approach, meet and close the deal with women.

-The Complete Tactical Audio Course This a huge audio training course that contains both a complete audio version of the Mack Tactics books, plus a bunch of all-new material. All in all this bonus includes nearly eight hours of audio training. It also includes a special one-hour Master Class Audio Session with the Alpha Man himself Carlos Xuma (I assume you have heard of Carlos Xuma since he is a very well known “dating guru” who focuses on teaching guys how to develop an “Alpha” lifestyle… I’ll be reviewing some of his products soon.

So, as you can see there really is a ton of material included in the Mack tactics program the Mack Tactics PDF, or should I say PDFs themselves are quite chunky and will give you a ton of new ideas and strategies for success with women.

Honestly I am not really sure why Dean offers so many bonuses and so much content in a course that sells for under a hundred bucks. It’s weird because I have bought ebooks for $100 and all I got was the damn ebook! But that is another story…

My Final Verdict On M.A.C.K. Tactics:

If you are looking for a program to improve your conversations with women, so that you are better able to pick up women in bar/club types of environments and get them to come home with you to hook up then you will get a lot out of the Mack Tactics program.

All in all I think that Dean has really overdelivered here giving guys SO MUCH content for such a low price. So this is definitely something that I recommend checking out…

As noted above Dean appears to have changed the names of his different programs – The link below goes to a program called The Bad Boy Blueprint which is based on the principles taught in his original program, and have since been expanded upon. Click here for Instant Access Now!