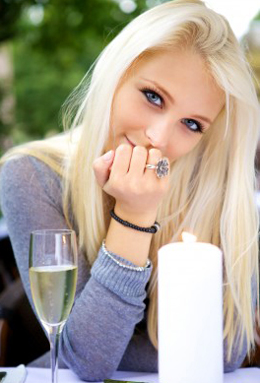 Now this is pretty cool…

Jon Sinn has just released a brand new program called the Effortless Conversation System to provide a solution to the #1 struggle most guys have with women: how to approach women and have great initial conversations.

I haven’t mentioned Jon on this site because I haven’t been through any of his material for a while, but he is definitely somebody who I will be discussing more in future posts.

I included a bit of biographical info on him below for those of you who may not be familiar with what he is all about, but i must say that he is among the top three guys who I have studied to help make my game what it is today…

His teachings are DIRECTLY responsible for me hooking up with several very attractive beauties… props to Jon.

That said, I’ve included a full review of the program below, but before I get to that I need to mention the thing that really caught me off guard about this program… The thing cost’s less than 6 bucks!

Facts About The The Author Jon Sinn…

Jon has been a big name in the pick-up/dating advice community for many years now,  and he was one of the first people that I studied when I first started getting into this stuff. I really liked Jon’s style because he isn’t one of these crusty old PUA dudes, and he also isn’t one of these “family values” PG-13 MFers…

Dude is out there taking care of business and coming up with stuff that actually works out in the field.

As I recall, not only has he been a coach for one of the top PUA companies, but he actually trained coaches for ALL the big PUA companies… And as far as respect, he gets props from everyone.

I don’t really care about silly “top PUA” lists, but Jon is always on the top of them. He’s developed a lot of unique methods over the years and guys (me included) report a lot of success using his stuff. So, yeah, I recommend learning from Jon.

About The Program “Effortless Conversation System”:

This program is cool because it’s not one of these giant courses with hours and hours of videos explaining confusing concepts. Instead you get a simple, uncomplicated action plan that shows you how to have “effortless” conversations with any woman that you want to talk to.

Rather than getting lost in theory-land, Jon explains how to start talking to a woman and instantly charm her and then keep amping up her attraction. The conversation method Jon teaches is very stimulating to women, and it really helps you to feel confident knowing that you are able to have these sorts of conversations with any woman you feel like chatting up.

In addition to the guide, and the video Jon is also throwing in 3 bonuses:

For the $5.95 price. I think the program is priced so low because Jon just wants more guys to see that his stuff works, and he has a lot of other programs that guys who try this out will probably want to get too.

I can say I’ve read much more than most guys on this subject of talking to women, and without a doubt Jon is one of the best at teaching this stuff, so I’d highly recommend getting this program ASAP. Click here to get the Effortless Conversation System Now! 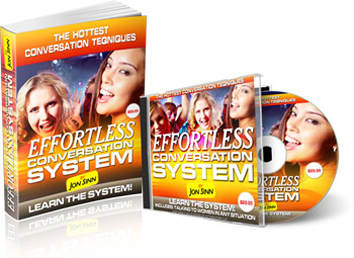