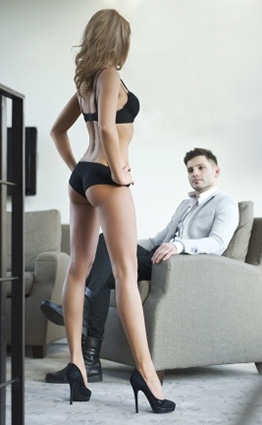 IMPORTANT NOTE: Greg Greenway’s “King’s Game” is no longer available – Instead Greg is now offering a new program called the The Power Formula that you can checkout here – it’s highly recommended.

You can also read a review of Greg’s new Texting Blueprint here.

My review of Greg’s old program begins below…

Hey guys, today I’ve got a review of a newly launched program from Greg Greenway called The King’s Game which is actually pretty unique. The basic concept is that chasing women and working hard for their approval is a “sucker’s game” – and that rather than playing the role of a lowly pawn, you should play the game like a king.

It’s a pretty cool premise. I mean shit, who wouldn’t want to just kick back like Hugh Hefner and just let hot chicks just deliver themselves to you on a silver platter.

That’s the dream, but the question is whether this program will actually help you to make that dream into your new reality.

How The King’s Game Works…

So basically the whole idea here is to let the women come to you. The problem is that most guys have zero idea of how they can make that happen. And many guys jump to the false assumption that women just simply DON’T ever approach guys, or that they strictly approach guys who are really good looking, or rich or famous.

Well, that’s not true, women DO approach average looking, non-famous guys all the time. I know this because this is something that I have been working on a lot lately myself, so it was really cool to get to review this program so that I could learn a whole lot more about a topic that I am already really interested in.

The “trick” is in how women perceive you. Basically, you want trigger that instantaneous, automatic feeling in her where she sees you as a highly (sexually) valuable man, on an INSTINCTIVE level. Because when you do that it basically overrides her logical thinking about what kind of guy she should be hooking up with.

The program itself is quite comprehensive and comes with a ton of interesting bonus material.

The main components are the King’s Game Book, which is your blueprint for using Greg’s method, and the King’s Game Inner Circle Coaching, which gives you direct access to Greg, and let’s you hear from other guys who are using the system effectively (this also comes with updated content, interviews with hot women etc…)

And you get all the bonuses including “Effortless Conversations” which you can use to get to know what a chick is all about to see if she is actually girlfriend material…”Get A Perfect 10 Girlfriend” – where you’ll learn how to turn a girl you meet using The King’s Game into your loyal, dedicated girlfriend… “Get Over Her Overnight” which helps you get over your ex so you can start banging new chicks ASAP… “Badass Banter” a training to help you up your banter skills, and my personal favorite of the bonuses “The Hottie Heat Map” which shows you where to find the kind of girls you fantasize about and get access to them like a King should…

PRO #1) The only truly “Rejection Proof” method – A lot of dating/pick up guides like to talk about how they are “rejection proof” as this is a hot selling point for a lot of guys, because rejection kinda sucks. That said, most of the time these rejection proof claims are BS because you could totally use whatever the method is and then STILL get rejected. However, when you are playing the King’s Game, the women actually are coming to you, so you really can’t get rejected. (That said, I don’t think being fearful of rejection is really a great way to go through life, but in the short term its definitely nice not to have to worry about it and still be getting girls.)

PRO #2) The confidence it gives. A lot of guys who have been through the program talk about how just going through the course and understanding Greg’s techniques gives them an automatic surge in the confidence that they feel around women. It’s great because confidence has this sort of “snowball effect” where the more you are getting the better the reaction that you will get from women will be, which makes you MORE confident, which gets you better reactions, and on and on until you reach levels of confidence you never thought were even possible.

PRO #3) Solid, actionable techniques. This program has a great deal of well thought out, tested and proven techniques that you can take action on immediately. So it’s not like you just get a bunch of theory and then you need to go figure out how to apply it as is the case with many other programs. The Seduction parachute is one of the stand outs, but I also really liked Greg’s “phone a friend” technique for lining up threesomes, that is definitely something I’m planning to test out next time I get a chance!

CON #1) Appeals to lazy guys… Listen, I’m as lazy as the next guy (probably lazier actually) But that being said I think that there are some guys who think that because this program is about women coming to you that they can get the course and then women are just going to come to them automatically with them doing absolutely nothing at all. The fact is that you will still need to be diligent about going through all the course material, and you will need to do what it says to get the results that it is offering.

Bottom line is – this really is the HIGHEST level of game. If you are a guy who wants to stop messing around chasing chicks and “getting lucky” once in a while, then I’d highly recommend this course.

Frankly, this is the only way I want to meet women from now on!